Chant from the Christian East 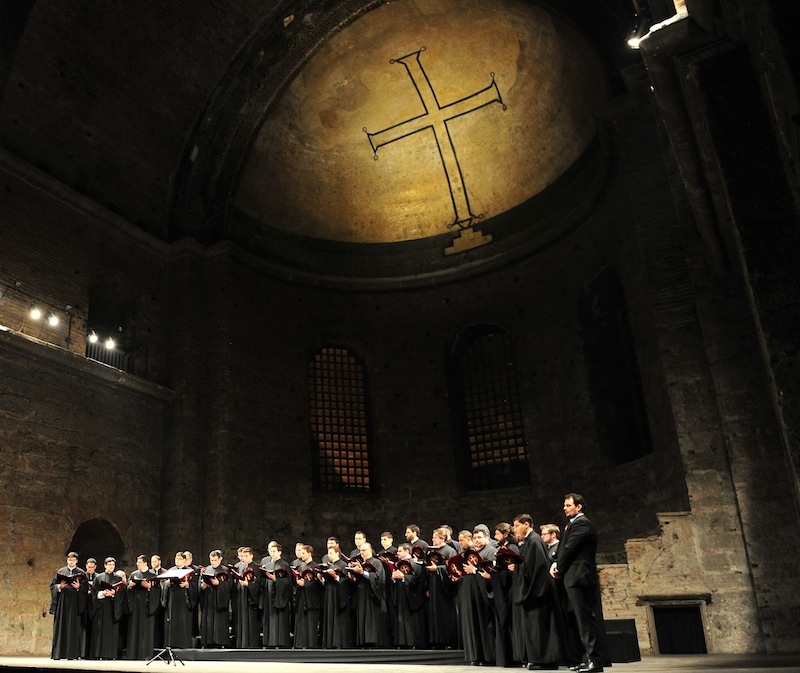 A lecture by Dr. Emmanouil Giannopoulos, accompanied by the Holy Cross Romanos the Melodist Byzantine Choir, and a performance by the Archdiocesan Byzantine Choir of the Greek Orthodox Archdiocese of America chanting selections from the Lenten hymnology of the Orthodox Church.

The evening will begin with a lecture by Dr. Emmanouil Giannopoulos on the history of Byzantine music. Performances by the Holy Cross St. Romanos the Melodist Byzantine Choir will accompany and illustrate the talk, entitled “Orthodox Liturgical Music’s Breeze Blows Over the Aegean.” Following the lecture, the acclaimed Archdiocesan Byzantine Choir of the Greek Orthodox Archdiocese of America, led by Demetrios Kehagias, will perform a selection of Lenten hymns expressing the spirit of contrition and the power of forgiveness. Most of the musical settings are by great composers who served the Ecumenical Patriarchate during the past 300 years, including Iakovos Protopsaltis (d. 1800) and Thrasyvoulos Stanitsas (d. 1987). Highlights of the evening will include the mournful Turn not away Your face that marks the beginning of Lent and an ornate setting of an excerpt from the Akathist Hymn.

Orthodox liturgical music is often referred to as “Byzantine music,” but it is more properly called “Chanting” or the “Psaltic Art.” It is a musical tradition that for over a thousand years has existed in written form, making Byzantine music the world’s oldest written musical system still in use. The oldest non-instrumental ecclesiastical melodies date back to the 9th century A.D. Over the centuries, thousands of gifted musicians have composed these melodies and disseminated across the Orthodox world and beyond. They represent the apex of the human-voiced monophonic expression used in religious worship.

During the Byzantine and post-Byzantine eras, Constantinople and the monastic state of Mount Athos were the centers of Byzantine Chanting. By sea and by land, the music composed in these pillars of the Orthodox faith spread across the Empire. The islands of the Aegean Sea, with their churches and monasteries and the humble voices of the faithful, became important centers for preserving the Psaltic art tradition. Until 1820, the Psaltic melodies were only recorded in manuscripts, many of which can be found in the Aegean islands. These manuscripts testify to a long-standing hymnodic history, the great composers-creators who found their art within it that tradition and added to it, and to the music teachers and the chanters who also played decisive roles in the development of this music. The challenges for contemporary music historians are to learn more about these musicians, identify more manuscripts, locate all the traces of the tradition that blew across the islands of the Aegean,  and to rediscover and recreate the representative musical compositions of this “Aegean sea” and “pan-Orthodox” tradition.