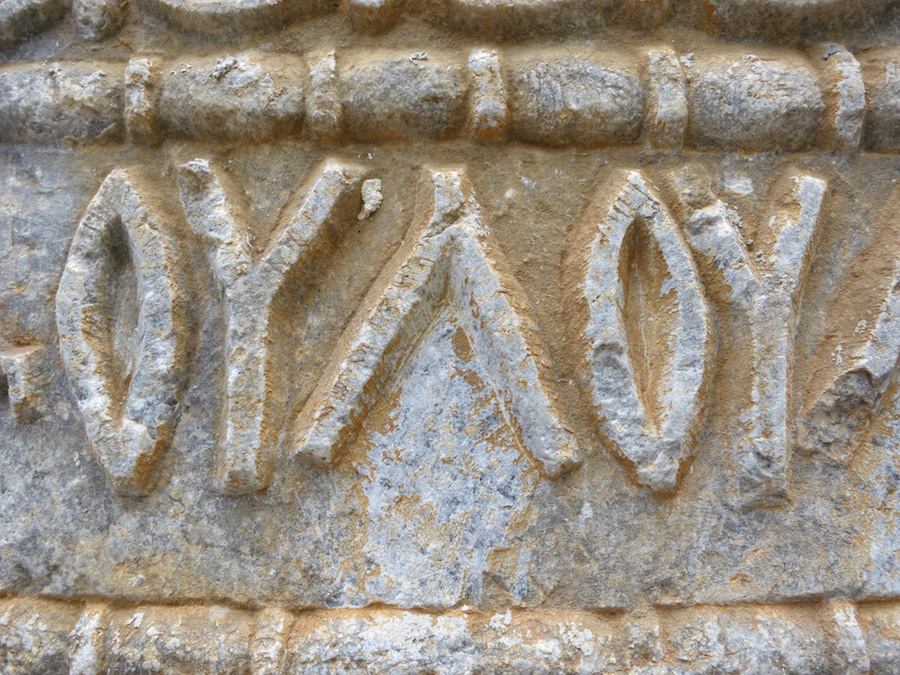 Church of the Virgin of Skripou, detail of inscription

Epigrams on Art in Byzantium

The cohabitation and synergy of the physical object and the inscribed verse was a common facet of daily life in Byzantium. From monumental architecture to pieces of jewelry, seals, and even coins, a range of Byzantine objects bore verse inscriptions, or epigrams.

While philologists and literary historians have furthered our understanding of Byzantine epigrammatic poetry in recent years, art historians have only begun to integrate the evidence of epigrams in the study of Byzantine art, aesthetics, and material culture. There is a great deal to be learned from engaging with this tremendously rich yet lamentably understudied evidence. How does the epigram inflect, transform, and empower the object it accompanies? How does it frame or guide the viewer’s sensorial, cognitive, and emotional responses? If poetic inscriptions, as scholars have convincingly argued, were commonly read aloud by the Byzantines, how does the experience of the epigram as performed speech affect the viewer’s interaction with the object? What is the ritual dimension of inscribed verse and how may it relate to liturgical rites, commemorative prayers, solemn vows, or magical incantations? What is the agency of poetic inscriptions beyond verbal communication? What role does the visual aspect, materiality, and spatial presentation of the written word play in making the inscription “legible”? How does the epigram function as a social tool, a site for the construction of identity for the object’s commissioner, donor, or maker? Can we speak about an epigrammatic discourse on art, and if yes, how does this discourse interact with or differ from the discourses on art formulated in theology and rhetoric?

This session seeks contributions that take a fresh and penetrating look at the complex interplay between art and epigrammatic poetry in Byzantine culture.