Ann Marie Yasin discusses architectural restoration in the early Byzantine world as a tool for accessing contemporary understandings of the past. 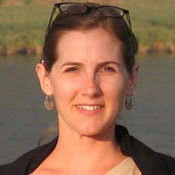 Ann Marie Yasin, Associate Professor of Classics and Art History at the University of Southern California, specializes in the material culture of the Roman and late antique Mediterranean. Her first book, Saints and Church Spaces in the Late Antique Mediterranean: Architecture, Cult, and Community, analyzes early churches as spaces charged with facilitating a wide range of social “work” for the communities that used them. Her current book project, Roman Restoration and its Late Antique Legacy, examines the ways in which architectural restoration contributed to the profound political and religious transformations of the first to sixth centuries CE by reactivating old structures and thereby transforming both their appearance and their contemporary relevance.